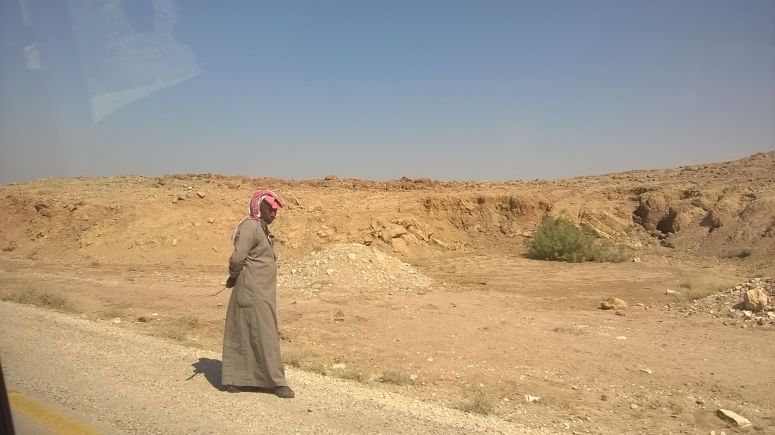 So here we are, dear friends. After driving southbound in a taxi, and enjoying some amazing views of the desert, we finally arrived to the border control in Aqaba, a point from which Egyptian and Saudi Arabian territories can be spotted. After a not very friendly border control in Israel and the paying of fees, we left Israel and had to walk about 300 meters to the Jordanian border control.

Interesting to see that there is no way to go elsewhere, since left and right is full of landmines (fortunately signalized). Once in there, we were checked by the soldiers and police officers of King Abdulah. We got in quite some excitement when they found the recording equipment and microphones of our camera crew, which added some 30 minutes of waiting. Our poor camera men were already used to get checked at every airport and border control due to their gear.

Then, after having some fun with the police officers over an Arab music video, we were warmly received by a tough-looking American brother, a brother who has established himself just across the border. Let’s call him Peter. His wife had seen the videos of the Pioneer School a couple of years ago, and was really looking forward to meeting us.

As I mentioned before, in this country it is officially not a problem to be a Christian. You are free to believe what you want, and even to come together. The problem is when you evangelize Muslims. Then you will get arrested, and at best deported. For the local Muslims it’s much worse. If they convert and believe in Jesus they will be terribly persecuted and shunned from their families and clans (they have still a very tribal society in Jordan), and if they get baptized then they will be executed for blasphemy against Islam, which is an official crime in Jordan.

So we are absorbing all this information from Peter, trying to get the feeling of the nation. Now we knew street work would be risky, and after dropping our stuff at Peter’s apartment building and meeting other American families that were also living there, we headed to the streets to look around. The feeling was very different from Israel, we didn’t see one single tourist and felt a bit out of place. It was interesting to see all the women at the beach wearing burkas, and most of the men avoiding showing their knees. They were all quite happy, and enjoyed the beautiful weather with their families. Sometimes we thought we could be in danger, but it wasn’t so. We walked a lot, and returned to our bedrooms. 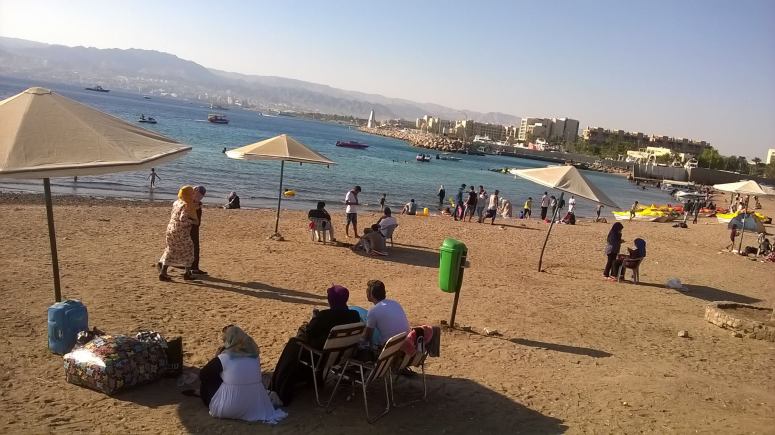 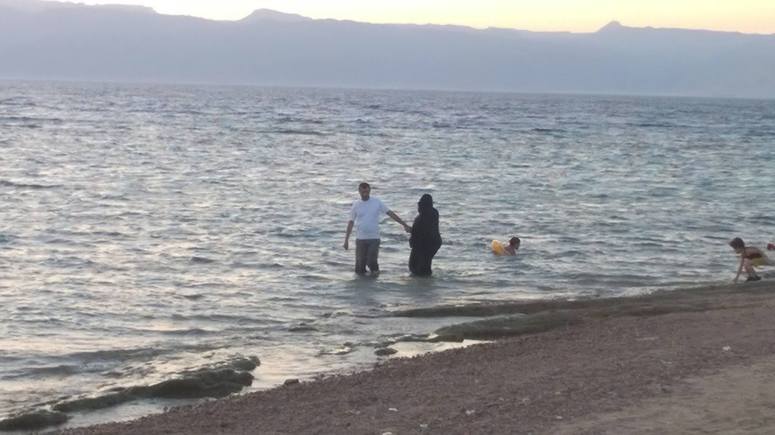 That night, they were going to hold a meeting with other Americans living there. We were invited to join and share what we were doing. So we went, and it was amazing! The house was full of people, many of them elderly pensioners, and we could share what we do. They were so excited! Some couldn’t hold applauding or saying Amen with a loud voice. Torben and I shared some teaching and testimonies, and then we began to pray for people.

Many things happened: a lady with MS stood up for the first time in years, many were healed of different illnesses, we could also give words of knowledge to different people, and so on. We were busy for about 20 minutes ministering to them. The next day we were going to train some of them, and we were very excited to figure out what we could do in this city for Jesus.

After the meeting, I noticed that some of them were not accepting what we said, and some had acted in a bit unfriendly way towards us, but that is something that usually happens within large Christian groups: some love what we do, some strongly disagree. So we went to bed, happy about what we could do for all those who were hungry and open. We were really looking forward to the next day.

The next morning we had a delicious breakfast, but I was told that someone came in secret and warned that some or someone was about to call the police and accuse us of being missionaries. So he told us to please leave immediately. So we packed our stuff, said an unexpected good-bye to our very friendly hosts, walked fast out of the building with quite an odd feeling, and left to the city of Amman, our last destination on this journey. This was a surprise to us all.

I haven’t been able to confirm if what we were told was true, of course. We just hope it wasn’t, since who knows we might come back there some day and we would like to do it without suspicions or fear.

So we left, thinking about this, but rejoicing about what God did there. We went to Petra, were we had an incredible experience, and then to Amman, where we met with a church of Iraqi refugees, but more on that on my next post.

15 thoughts on “Jordan, an unexpected kind of persecution”