After saying good bye to this awesome and very warm, loving team of YWAM Caceres, we headed east with a new clutch installed and curious to what was ahead in the last section of our journey. 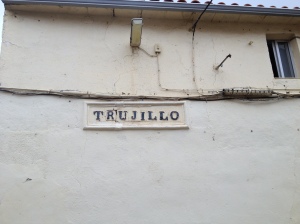 Funny enough, right next to Caceres there’s a city called Trujillo, which is the same name of my birthplace in Peru. Turns out that the conquistador that founded my city in the 1500s was born there, and my city was the first one he officially founded in South America. So we had to visit it. Once there, we did of course some tourism of ancient Catholic churches and castles. On the way back, we exchanged a couple of words with a friendly lady at the door of a palace. It turned out that she was a nun in regular clothes, and that place was some sort of house for nuns that work in that community. We ended up praying for her, and it was nice to talk and minister to her a little bit.

Then we moved on to Madrid, or so we thought. There lives a friend of mine and his girlfriend. They are searching for God, and they are taking steps. So I thought about visiting them to see how they were doing and encourage them to press on. Unfortunately, she had to work that day and it was not possible for us to visit her, but my friend had a free day and we agreed on meeting at the house of his sister-in-law, somewhere a bit south of Toledo.

His sister-in-law had been going through difficult times for a while, and my friends thought we could talk to her about God. She is South American like me, and raised Catholic as I was too, so I could understand her disappointments and frustrations quite well. On the other hand I had never seen her before, and I was just going to show up with my wife and 5 little kids. She has no children of her own, so I was scared of being a burden instead of a help. 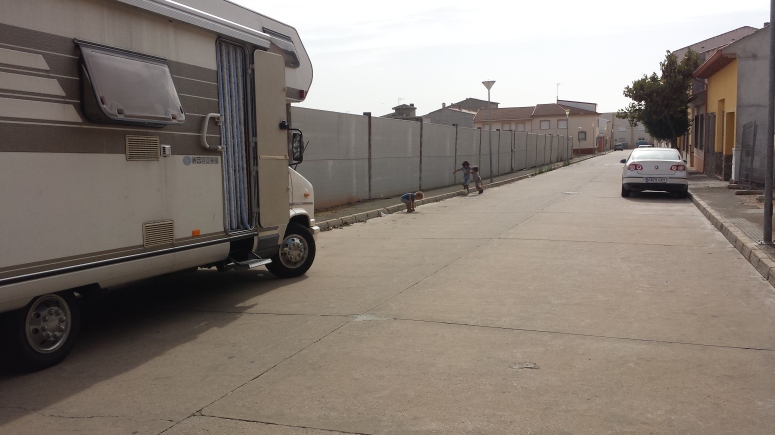 But there we arrived to this small village, to a street called Peru. 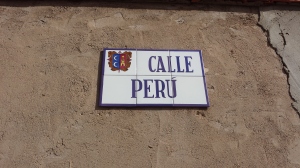 My friend from Madrid, this woman and her husband were already waiting for us, and to say they treated us like kings would fall short. We were very welcomed and treated so warmly and friendly that we almost felt guilty. Amazing people.

I am not a very aggressive evangelist, so I just talked about the weather, sports, food, culture, migration, every possible topic to just get comfortable with them and understand their background, culture and thoughts. Later, in the evening, we finally found a moment to talk about the gospel. I listened to her story, and could explain the gospel on her kitchen table, starting with sin and ending on repentance and baptism. We never touched the topic again, I just told her think about it, and if she was convinced this was what she needed and that it was true, I would gladly baptize her.

Next morning I figured out the breaks of our camper were not working properly. Actually they were almost not working  at all. So we found a garage, and after a long day, they told us it would take one extra day, that ended up being two extra days. We spent a great time with Clara, but we didn’t talk anymore about the gospel. I wanted to give the Holy Spirit the chance to work in her heart, but that is a work nobody can witness until there is fruit… just like the roots of a plant, no glory, no witnesses, but without them no plant would ever survive.

So we finally got the camper back, and it was time to say good-bye. Suddenly the most beautiful question came up: “Fabian, before you guys leave, would you mind baptizing me?” I totally didn’t see that one coming! I said “Sure, where?” “In my bathtub upstairs,” she replied. “It is already full of water, and these clothes are the ones I want to use. I thought that it was not a coincidence that your camper broke down and took so long in being fixed. That gave me time to think about it, and I want to do it.” So there began a new life, she was baptized and we rejoiced together.

Driving away from that town brought to my mind one of the most important questions of this journey, a question that I am sure must be bouncing in your brains as well, but I will deal with it in the last article about this journey. There is a lot to the life of a disciple that is learned through running into people’s lives, through dealing with real stories and helping them to come to a new life with Jesus. There is so much that is learned not through reading and studying the bible, but through living it. Things that a thousand bible schools and seminars would not teach us, and God uses life to train us, not classrooms, nor big meeting halls.

To live the life and take steps, to dare to take action in faith, is something that I have to remind myself every day and every time. And every time you and I will decide to do it, God will move and things will happen.

2 thoughts on “A broken camper and a saved soul”